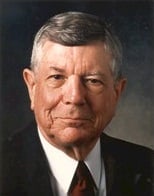 Franklin was very kind to me, but that doesn't mean he was easy. One day when I had first begun to work on tax issues with him, he asked me to analyze the gross receipts tax liabilities involved in different kinds of purchases and sales by a large construction company that manufactured, sold and erected portable buildings. The analysis was pretty complicated. He came in when we'd been working on it for a while and said that the client would be coming in on a particular day to discuss the tax issues. He did not say whether he expected me, or wanted me, to attend the meeting with the client. I did not know what he had in mind, and finally went to him and said, "Well, I won't come to that meeting, because I have so many other things to do." He didn't say anything. I continued to think about whether I should be at the meeting or not, and finally concluded that of course I should be there. I went to him and said, "Well, I've decided I should come to that meeting." He didn't say anything. When the client arrived, and I went into the conference room where he was already sitting with the client, he introduced me and then turned to me and said, "Proceed." I proceeded.

Another time, when I was still in my first or second year as a lawyer, we were working on a letter to a client, the general counsel for a large telephone company in New Mexico. We had worked on several revisions, and I had what I thought was the final on a Friday. Franklin was not in, but I thought we needed to get the letter to the client and I thought I should send it even though Franklin had not reviewed this version. Saturday morning I was in my office and he poked his head in. "Did you mean to tell him such and so?" He asked. "No," I said. "Well, read the letter again," he said. I did, and saw an ambiguity in a sentence that had seemed perfectly clear to me the day before. "What is the client going to do when he reads this letter?" Franklin asked. "He's going to decide that we have told him he doesn't need to do anything," I said. [That, of course, was not what we intended he should do in response to the letter.] I did a supplemental letter [for Franklin's thorough review], and sent it to the client the following Monday. Franklin never expressed anger or exasperation with me when I made these mistakes. I asked him why, and he said that when the mistake is bad enough the young lawyer will know it and feel bad enough without the senior lawyer laying his anger on, too. You can get mad when the mistakes are small. I guess that meant my mistakes were always pretty bad, because I never recall him being angry with me.

"When you are writing, always ask yourself, what do you want the client to do in response to your letter." That was good advice. Sometimes you find yourself saying things in a letter that are accurate, but that don't contribute anything to accomplishing your purpose. Take them out. They will only lead to confusion.

I can still hear him, when I'm writing something, saying "Why do you use this word in this sentence, and a different word in another sentence, when you mean the same thing?" "Don't you really mean to say it this way?" "What do you want the client to do in response to this letter?" Many times, I go back to a document and revise it in response to that voice.